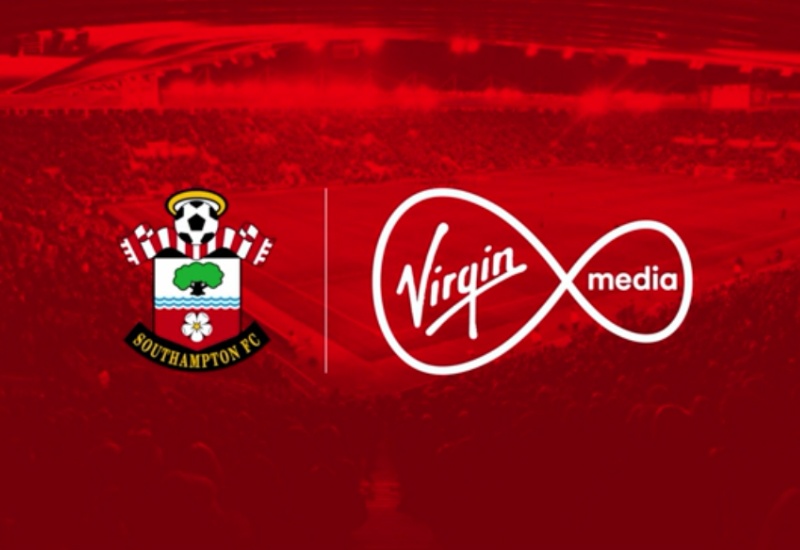 It will see the UK’s award-winning TV and ultrafast broadband provider become the club’s official shirt sponsor from the start of the 2016-17 season, placing Virgin Media at the heart of English football.

The partnership brings together one of the world’s fastest-growing football club brands with the UK’s only TV provider to offer all of the live footballing action from both BT Sport and Sky Sports in one package.

The two organisations will also work together to develop a number of initiatives aimed at putting fans at the heart of football, with further details to be announced before the start of the Premier League season.

Tom Mockridge, Chief Executive Officer of Virgin Media, said: “This is a knockout combination: one of the world’s fastest-growing football clubs joining forces with Virgin Media, the only place you can watch all the UK’s live footballing action on TV.

“Virgin and the Saints both like to do things a little bit differently; we’ll be working together to give fans the best experience in football whether they are at home, away or watching on TV. Together, We March On!”

Gareth Rogers, Chief Executive Officer of Southampton Football Club, commented: “We are delighted to announce Virgin Media as our new main club sponsor and look forward to a successful relationship together. This partnership is another positive step in the club’s continued growth and development and an excellent opportunity to collaborate with a brand that shares our core values.

“Southampton Football Club and Virgin Media are both dynamic and progressive brands with a commitment to developing talent and doing things the right way and it is these common beliefs which make the two organisations ideally suited.

“We will be working closely to implement creative and innovative projects that harness the passion of the club and connect with our fantastic fans around the world.