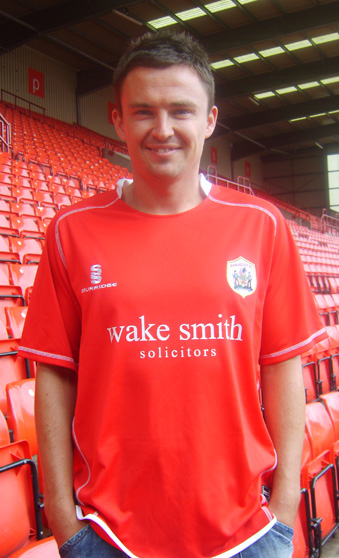 BARNSLEY Football Club are delighted to unveil the brand new Reds home shirt for the 2007/2008 Coca Cola Championship season.Designed and exclusively manufactured for the Oakwell Club, the new kit marks a return to the traditional 'Barnsley' red and features the logo of our new Main Club Sponsor - Wake Smith.

Barnsley Football Club have commissioned the design of a new kit which combines the latest modern features and materials with a traditional look and colour.

Barnsley Football Club are an English football league team, based in the town of Barnsley, South Yorkshire and nicknamed the Tykes (a "Tyke" is a traditional Yorkshire character rugged, hardworking and with great pride in their roots).

The club was founded in 1887 as Barnsley St. Peter's. The height of their success was on April 24, 1912, when they beat West Bromwich Albion 1-0 at Bramall Lane to win the FA Cup.

They also reached the final in 1910 but lost to Newcastle United at Goodison Park. Both results came in replays after draws at Crystal Palace.

Their first game in the Football League was a 1-0 defeat away at Lincoln on September 1, 1898. Their first league win was a 2-0 victory at home against Luton, with John McArtney scoring the first ever league goal for the Tykes from the penalty spot. The team struggled in Division Two for the first ten years, due in part to ongoing financial difficulties. But then came the 1909-10 season, which saw the team on better form than they had ever been. They had a spectacular FA Cup run, beating out Blackpool, Bristol Rovers, West Brom and Everton to reach the final. Here they played Newcastle and were leading 1-0 until the final minute when Newcastle controversially equalised, causing a replay which Barnsley lost 2-0. The following season they finished 19th in the league and were forced to apply for re-election. 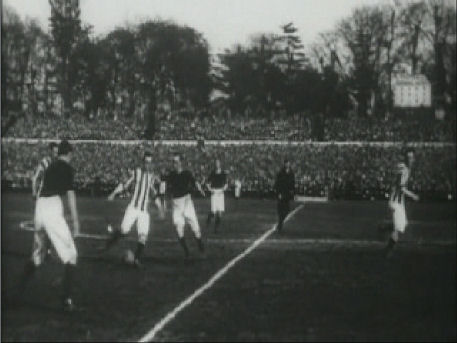 The 1911-12 season however saw a revitalised side, and they once again proved unbeatable in the FA Cup rounds. They went past Birmingham, Leicester, Bolton Wanderers, a quarter-final against cup holders Bradford City and a notoriously brutal semi-final against Swindon Town. In the finals they played West Brom. After the first match ended goal-less, the replay took place at Bramall Lane. Neither side managed to score until the last two minutes of play when Harry Tufnell's goal won the cup for Barnsley, for the first and only time in their history. They also finished the league in sixth position, the highest they had yet achieved.