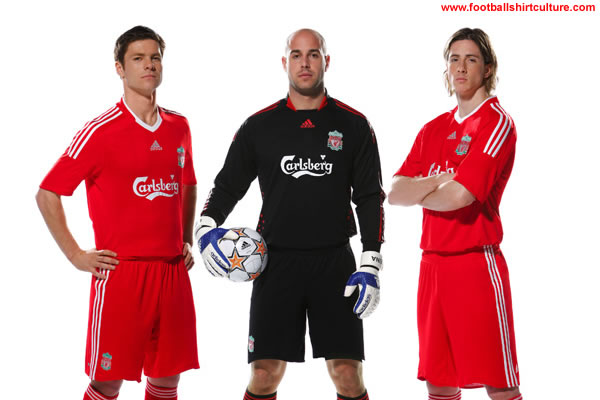 Finally, after tons of leaked pictures , a lot of speculation and boycotting fans, Adidas - the official sponsor and sportswear supplier for Liverpool Football Club today revealed the clubs new home strip for the 08/09 season.

The new shirt collar is ribbed with a v-neck which has always been well received on shirts from the past.

As always for adidas, technology is at the forefront of the kit design. The shirt incorporates the world-renowned ClimaCool™ and ForMotion™ technologies which allow heat and sweat to escape and giving the athlete the freedom and movement to perform.

Club captain Steven Gerrard commented: "I'm really pleased with the adjustments they've made. The neck is a lot better and there's some lovely bits of detail."

Midfield partner Xabi Alonso is adding: "I am really pleased. Wherever you go in the world you see people wearing Liverpool shirts, whether it's Asia, Africa, Europe or Australia. This is one of the reasons why it is an honour for me to wear the Liverpool jersey." 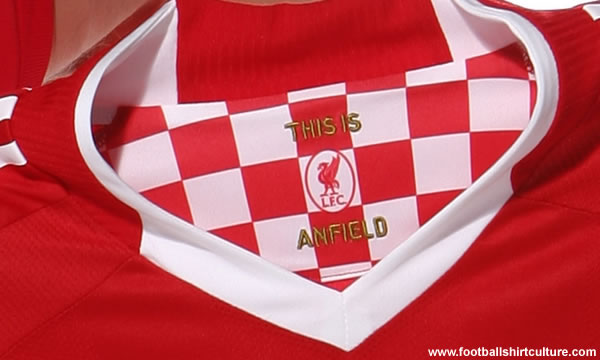 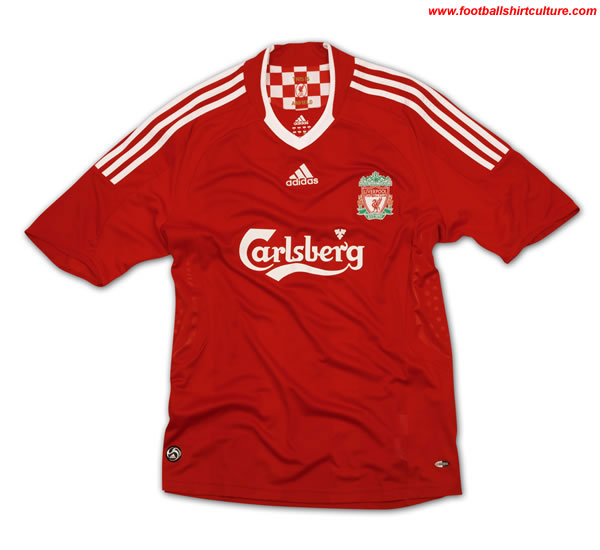 I cannot see the difference from the last kits. Liverpool does not change their kit for years. Boring...

The leak was accurate, except it didn\'t have the checkered inners.

I hate the centered adidas logo if there is no number, the vneck might be allright, but the \"design\" of it looks off.<br /><br />good thing tough to make the stripes on the sleeves shorter!<br /><br />the goalie kit however is very nice!

I don\'t know if you\'re even looking at the same kit. I think it\'s brilliant. Understated, traditional, nice modern twist for the collar detail. I just think it\'s beautiful.<br /><br />Look at the shorts too! Really cool. Nice simple socks and it\'s always good to see the L.F.C. abbreviation get a look-in.<br /><br />I just wish I could get the shirt for Wednesday.

i agree with Jay its very distinctive of Liverpool.<br />YNWA

awful kit. nothing distinctive about it at all, bar that little bit inside the collar which nobody is going to see if you\'re wearing it!!

I like it, but the only thing I dont like as with all new adidas kits is the half stripes on the sleeve.

Very nice. I think would wonderful onky by changin the collar from white to red. But I loved even so, despite the fact that looks too much the France away shirt.

The kits out on May 22<br />i think its a nice shirt tbh just hope we don;t have that grey away that has been leaked because ive never liked it!

this is anfield...<br /><br />but liverpool is building a new stadium. this is bullshit...

to thfc...the new stadium won\'t be done within two years u dumb fuck.