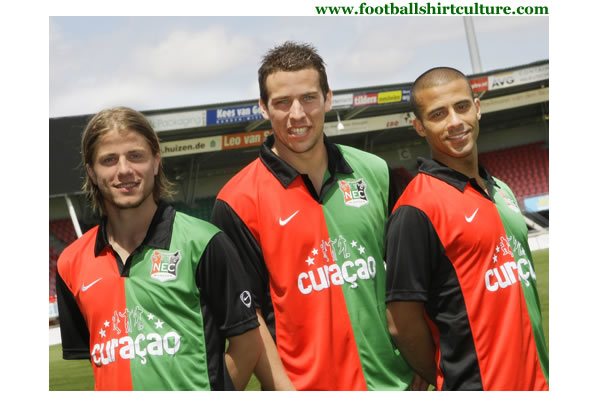 Nijmegen Eendracht Combinatie, known as N.E.C. unveiled their new home and away shirts made by Nike for the 08/09 season with the new sponsor Curaçao. 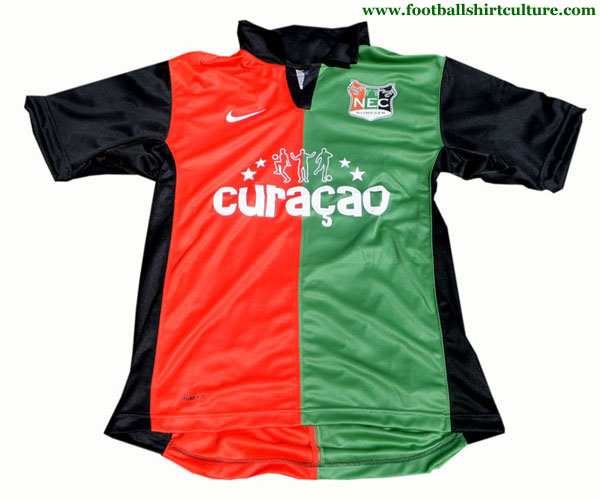 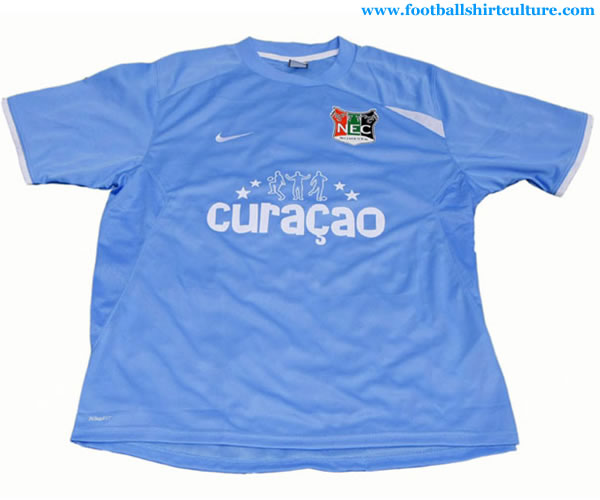 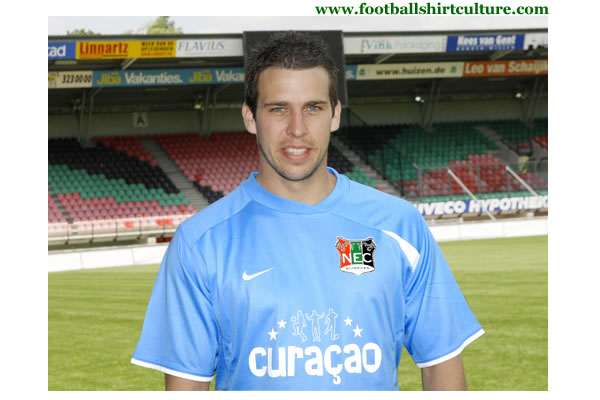 n also havin an island as a sponsor is pretty innovative.

Home is excellent.<br />Away is poor.<br />Having an island as your sponsors = priceless! :-)

Red and Green should never be seen

Extra Explanation<br /><br /><br />The home shirt is the same as last season, the model of The Netherlands (WorldCup 2006)<br />The away-kit is a new model, but in blue too.<br /><br />This sponsor, Curacao, is actually in combination with Fundashon Bon Intenshon. That\'s a <br />charitable company in Curacao. The NAVU, national football federation in Curacao is also concerned in the sponsor-deal.<br />This sponsor is more a social sponsor, because it even yields less than the last sponor, Jiba Vakanties. This is the first kind of social sponsoring in the Eredivisie and comparable with Barcelona and Unicef!<br /><br />These kits are delivered by teamsport.nl

Home kit,is how it should be. 4/5<br /><br />Away kit: crappy template and crappy tipical Dutches teams\' away kits colour!

If the black-green-orange shirt is home, thsn the home kit is fantastic! I like it very much, nice and simple. But I don`t like the away shirt. For the love of God, why did they put the white \"kludge\" on it? Not really good...

The last photo that man lives in my neighbourhood<br />his name is Peter Wisgerhof he lives in Wageningen.<br />The city of freedom.

Red, Green & Black is the flag of Nijmegen. The home kit is therefore very appropriate..... :whistle: