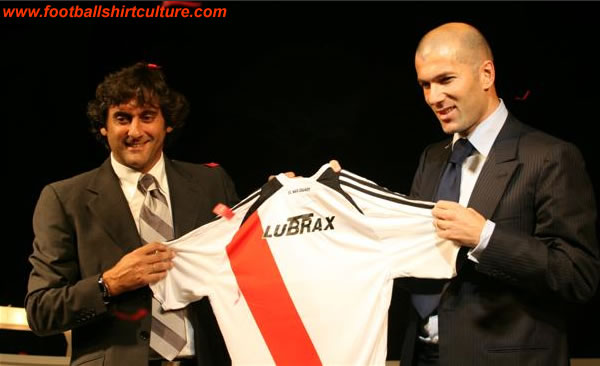 Adidas and River Plate presented the new shirt for the 2008/2009 season, this afternoon, at an event held in Complejo Costa Salguero in the city of Buenos Aires.

The surprise of the day was the presence of former French player Zinedine Zidane, who was alongside his idol, Enzo Francescoli. It was Zidane himself who first showed the new shirt. After a few moments of suspense, the French legend opened a striking silver briefcase, and together with the Uruguayan showed the jersey to all those present.

The shirt is very similar to the previous one, although it has some changed details, the main sponsor remains Petrobras. At the session also attended River president Jose Maria Aguilar, and the owner of adidas Argentina, Walter Koll, while the event was hosted by sports journalist Matias Martin.

Thanks to the AACCF for letting us know about this. 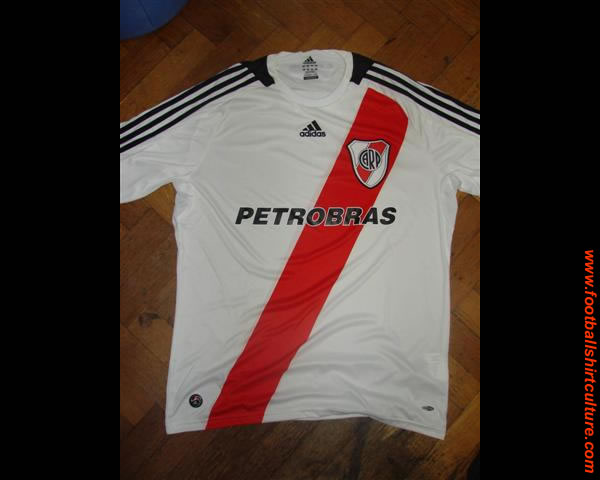 Where are the hot babes that have made star appearances in other shirt launches in South America? Bring them back!

It\'s a nice shirt. If you go to the offical River Plate site they have a picture of the away shirt which is the same template, black with the red stripe. It is a classic River Plate away shirt.<br />I had a sample of this shirt since November 07. The adidas sign has changed to black and the writing on the back of the color has changed too. It used to read \'Los Millionairos\' but now reads... translated to \'Ingerlish\', \"The Greatist\".<br />I usually buy all of their shirts and I am looking forward to getting the away and seeing the new training shirts!!<br /><br />Peace :-)

wow, what an exciting shirt launch, i havn\'t seen a river shirt look like that in..oh say...the last 100 years.

it looks the same as last seasons kit they should of put a few more stripes on it or sumtin like that!!! the away one is better