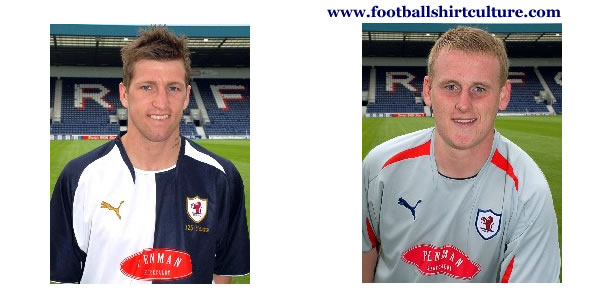 These are the new Raith Rovers 08/09 home and away football kits. Manufactured by PUMA , The home top is Navy and White in colour, and to commemorate the club’s 125th birthday, is based on the strip worn by the team during the 1880’s, and similar in design to that worn by English side Blackburn Rovers.

The away kit is Silver with Red panels, and both tops carry the club crest and PUMA logo on the front above the logo of this season’s main sponsors and local building company Penman of Kirkcaldy. The home shirt also carries '125 years' in gold under the club crest.

Commenting on the colours, chairman Dave Somerville said: “We are delighted to show off the heritage of Raith Rovers in releasing a home shirt that reflects our history. The shirt with two halves in navy and white is very close to our original kit in 1883, and I especially like the addition to our badge commemorating the club’s 125th birthday.

“To top it all, we are delighted to have joined forces again with local prestige building company, Penman of Kirkcaldy, who have supported the club for many years and are raising the profile of this support again.”

The players are also looking forward to wearing the new designs and midfielder Allan Walker and captain Iain Davidson were happy to pose with Deborah Muir, Managing Director of Penman Kirkcaldy who was delighted to see the new kits arrive with the Penman logo prominent on the front: “We hope that Penman Kirkcaldy and Raith Rovers can share in each other’s success and go from strength to strength in this new partnership”

With the Fife SEAT name on the back of the shirts as well, Raith Rovers are delighted with the strong business support the club is now receiving.

The club are making every effort to have the replica kits available to fans as soon as possible and Commercial Manager John Drysdale said: "The production run is under way, and we are hoping that at least the home kits, in all adult and youth sizes, will be available before the end of July. The away kits are likely to follow three or four weeks later".

The new kits will have shorts and socks to compliment the shirts and here is a full length picture showing how the players will look as they challenge for promotion to Divison One in the coming season. 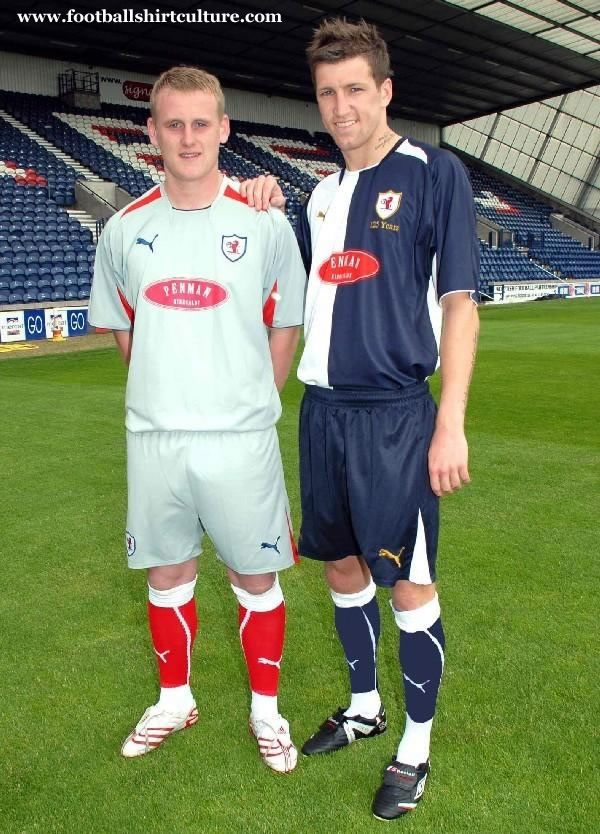 Haha I Can See My Seat Great Shirt!