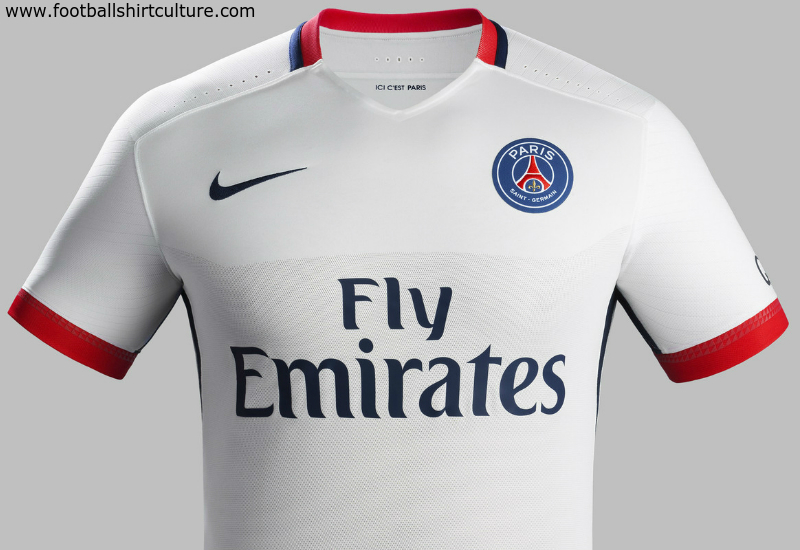 This is the new Paris Saint-Germain 15/16 away football shirt by Nike.

The French champions will defend the title in a white away shirt, shorts and socks, accented by red and blue stripes.

Tonal pinstripes on the shoulders and sleeves reference the city’s reputation as a world fashion capital and the beams of light that have earned it the nickname La Ville Lumière (The City of Light).

Local and club pride also materialize inside the collar, where ‘ICI C’EST PARIS’ (Here’s It's Paris) appears in blue lettering.

what do you think?

Simple yet classy - just how kits should be.

Last years top is much better. Was even more simple but worked better then this.

Another good kit for PSG. <br />All their kits (home, away and 3rd) have been consistently pretty good, neat with clean lines the past few years.

A PE kit with a sponsor on it ! Poor