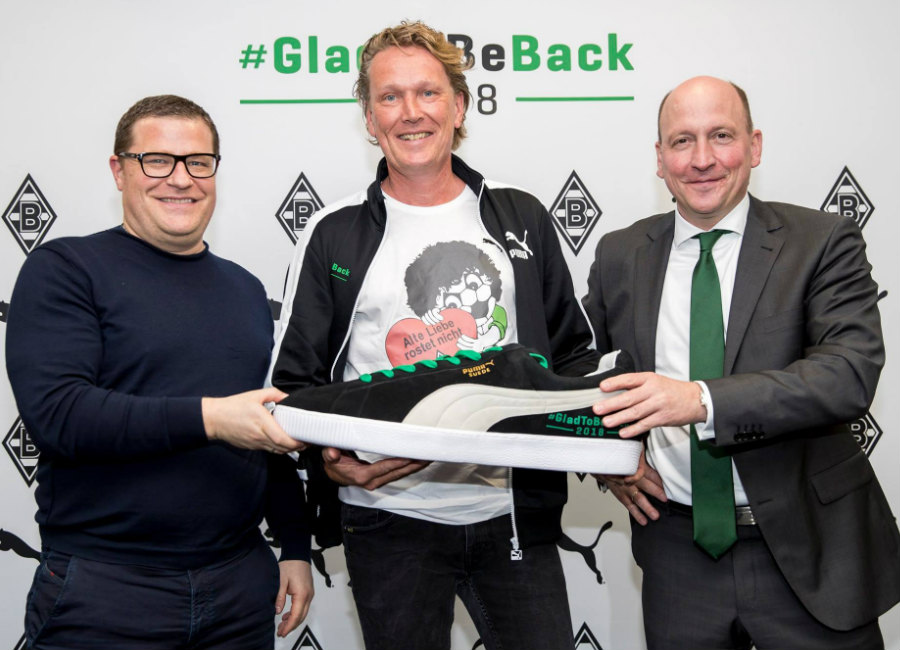 Puma will take over from Kappa as the new, long-term partner of Borussia Mönchengladbach. As of 1st July 2018, the sports brand will be the Fohlenelf’s official kit supplier.

The new partnership was announced at a joint press conference in Mönchengladbach by the club’s manager Stephan Schippers, Borussia Mönchengladbach sports director Max Eberl and General Manager Puma DACH Matthias Bäumer. Referring to the historical success story from 1976 to 1992 and the new common goals, the partnership runs under the slogan “What belongs together comes together".

“The contract with Puma is not only of strong emotional significance for us, but is also a landmark step into the future,” said Borussia chief executive Stephan Schippers. "As a world-renowned and popular sports brand, Puma has a great level of expertise in the development of functional team sport collections and in the distribution of licensed products. We look forward to great joint campaigns, starting in the 2018/19 season. At the same time, we would also like to thank our current supplier Kappa for a very cooperative and successful partnership, from which we expect much more in the 2017/18 season.”

Puma was the official kit supplier for Gladbach between 1976 and 1992. The famous sports brand had already been kitting out the Fohlenelf with footwear since 1967, as well as the legendary training jackets and trousers later on. So, Puma accompanied Borussia during the club’s most successful period. Five Bundesliga titles, a DFB Cup win and two UEFA Cups were celebrated during this period. “Borussia’s greatest sports successes in the 1970s are strongly associated with Puma. We are therefore very pleased to be working with PUMA once again from the 2018/19 season on and to hopefully build upon our past successes,”said Borussia sporting director, Max Eberl.

As of the 2018/19 season, Puma will supply the licensed team as well as all Gladbach youth teams with jerseys, training clothes and accessories. As part of the long-term partnership, Puma will also be the official partner for replica jerseys and merchandise ranges.