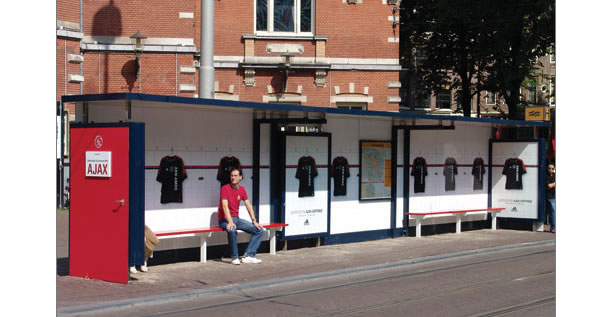 AMSTERDAM - Ajax is on the verge to close a unique deal with Adidas. The current commitment ran until mid-2009. Adidas continues another 10 years. Ajax and adidas also agreed substantial upgrade. It provides the club approximately one hundred million euros, almost a doubling of revenue in recent years arrived. That amount includes bonus.

The legendary German company is related to Ajax since July 5, 2000 . Three years later, the contract was extended until 2009. This coming season will be the first with a major change in the shirt, since the vertical letters of ABN Amro will be replaced by Aegon. The name of the new main sponsor .

Like Aegon, Adidas wants participate in the "Chinese mission" that Ajax expelled. The development of international youth football plays a major role. Adidas has indicated they want to go further than just the shirt sponsorship. Soon both parties, which have not wanted to respond officially will sign the long-term contract.

it&#039;s pure class, that would make it the best bayern kit ever, imagine that crest like in argentina&#039;s home shirt, great work dude!