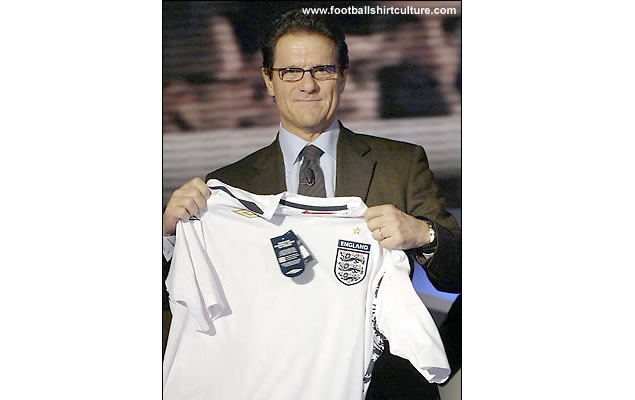 The supposed honeymoon period for new England manager Fabio Capello before his first game against Switzerland on February 6 has proved rather more complicated than the Football Association were expecting.

Not only has there been the tax-evasion investigation Capello is facing in Italy but also the sensitivities surrounding Umbro's launch of their new England away kit two days before the Wembley friendly.

The sportswear manufacturer wanted as much involvement as possible from Capello in their unveiling of the red strip, likely to be at England's Grove Hotel base in Hertfordshire, especially given the super hard sell required following the failure to qualify for Euro 2008.

However, the FA were aware of wanting to protect Capello's image as a suit-wearing manager and not committing too much of his time to a commercial issue on his first full day with the England squad. He also has a personal contract with Italian sports brand Diadora, which the FA says it has no problem with.

Despite tense negotiations, Umbro and the FA put on a united front yesterday. The FA said "everything was fine with all their sponsors" and that Capello would take part in the launch and be pictured with the shirt.

Umbro are staging their launch at the England hotel to minimise the amount of time Capello will be required and say that his relationship with them was agreed on the day that he signed his FA contract.