Cheers to Carling ! The beer company is to remove its logo from children's replica football shirts as part of efforts to promote responsible drinking. Carling, which sponsors Celtic and Rangers, will take its name off child-sized shirts from next season.

The move comes two years ahead of a ban on alcohol brands for children's replica strips, which was agreed by drinks- industry body the Portman Group. Last night, alcohol support groups and Old Firm supporters' clubs welcomed the change, saying children should not be targeted by drinks advertising. Carling, brewed by Coors, has sponsored the two rival Glasgow teams since 2003. Until now, children's shirts without branding have been available on request, but these will now become standard.

However, branded tops in child sizes will still be available if requested by an adult at the clubs' stadium stores.

Mark Hunter, chief executive of Coors, said: "Coors and the Old Firm clubs have a long track-record in working together to champion responsible drinking. This means ensuring that sponsorship is not improperly targeted at people under the legal drinking age and using the combination of one of the UK's leading brands and football to promote responsible consumption by adults." 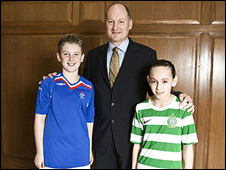 Nicola Sturgeon, the health secretary, said: "We welcome the announcement by Coors and the Old Firm to make this move ahead of time, and their continued commitment to promoting responsible drinking."

Celtic said the move was part of a long-running commitment. Peter Lawwell, chief executive, said: "In 2003, the Old Firm worked with Carling to run the first TV advertising in the UK by any beer brand promoting responsible drinking.

"After these adverts ran, feedback showed not only did Scots see the ads, but they said they would be more likely to moderate their drinking as a result."

Jack Law, chief executive of Alcohol Focus Scotland, said: "In our view, it is completely wrong for children to be advertising alcoholic drinks brands by wearing their favourite team's kit. Children and young people are more exposed to alcohol promotion than ever before.

"Drunkenness is celebrated in TV programmes, by radio DJs, in magazines, and by celebrity and sporting role-models.

"We would say alcohol sponsorship in sport is inappropriate. Footballers don't drink alcohol before a match, but during the match they wear a top with an alcoholic-drink logo on it. Alcohol and high performance do not go hand in hand."

Peter Rafferty, president of the Affiliation of Celtic Supporters' Clubs, said the move could even boost sales. He said: "It's a very good idea and in line with what most parents are thinking. It might even sell more shirts."

John Macmillan, general-secretary of the Rangers Supporters' Association, added: "On balance, this is a good idea. This country has a reputation of a binge-drinking culture and if this doesn't do any good, it won't do any harm."

Andrew Turnbull, senior lecturer in retail marketing at the Aberdeen Business School, part of Robert Gordon University, said: "You could be cynical and say Coors are hoping to give the impression they are responsible but personally I welcome it as an example of corporate responsibility. It is similar to Formula 1 replacing the words 'Benson & Hedges' with 'Buzzing Hornets' in places where tobacco advertising is banned.

"As far as children are concerned, no logo will create no influence. But if there is one, while the majority may not be influenced by it, there is always that element of doubt." 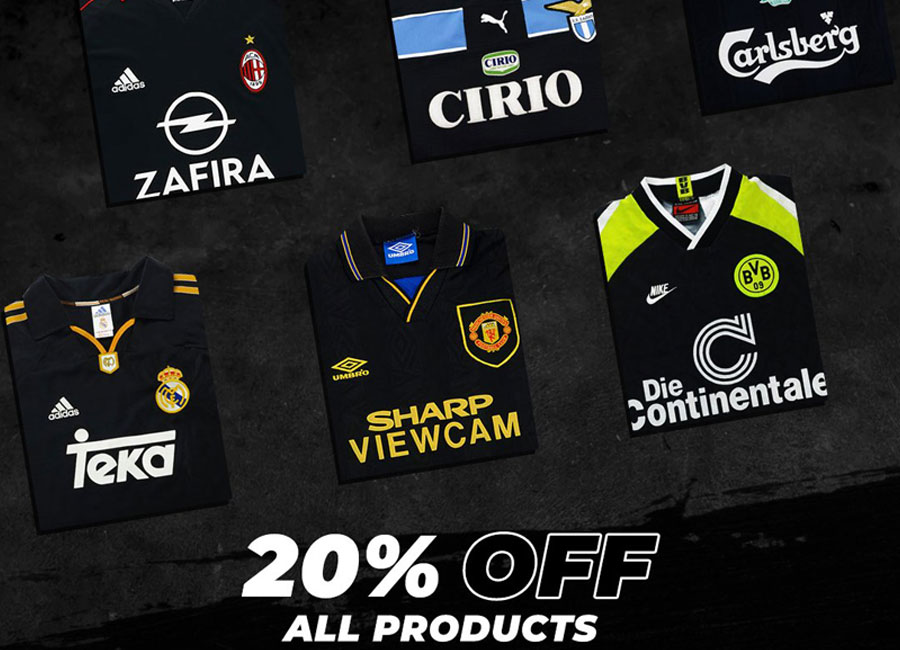 I really do not think this will effect anything. I mean the kids will always see the real shirt with the sponsor, people drinking beer, and see the beer advertisements. well my point is that it won\'t change anything.

Won\'t make a blind bit of difference: people still smoke even with the tobacco advertising ban.

I think it is good thing.

Maybe the kids shirts should help promote fitness amongst youngsters

So with this ban coming in i would assume that liverpool\'s child kit will loose their carlsberg logo?

I think not having a logo on the kids shirts will just highlight the fact that CARLING is the sponsor. Also kids want their tops to look like their Heroes

Hi,<br />Why Should The Carling Logo Be Removed??<br /><br />It\'s Only Persuading People Who Are Legally 18+ To Buy Their Drink.<br /><br />This Is Unfair To All Young Supporters!