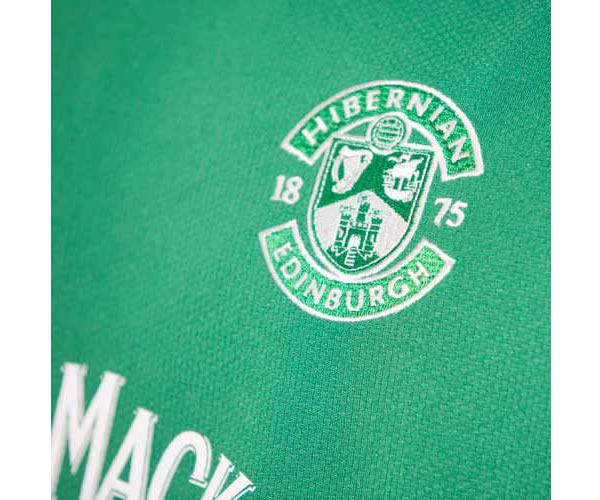 It's a problem Hibs have encountered in the past, opting to wear Whyte & Mackay's then distinctive blue shield but without the sponsor's name, as they played FK Vetra in the InterToto Cup four years ago.

However, accepting such a move did little to increase their brand awareness, Whyte & Mackay have allowed Hibs to negotiate special shirt deals in subsequent European adventures.

Brewers Carling who have enjoyed a close working relationship with Hibs under a £250,000 five-year contract as "official beer sponsors", stepped in to back the club in their UEFA Cup clashes with Dnipro in 2005 and in the InterToto Cup matches against Dinaburg Daugavpils and OB Odense two years ago.

Hibs officials are currently locked in negotiations with a number of potential backers for this summer's InterToto competition which will see Hibs begin against the winners of the tie between HB Torshavn of the Faroe Islands and Sweden's IF Elfsborg.

Those clubs met in the first leg on Sunday in Torshavn, with the return match the following weekend in Boras, with Elfsborg, currently second in the Allsvenskan, expected to be the side arriving in Edinburgh on July 6.

Obviously, Hibs progress in the competition would have a bearing on just how lucrative a deal the club will be able to strike ahead of their entry to the tournament but, as boss Mixu Paatelainen has pointed out, the InterToto Cup does carry the prize of an alternative route into the more illustrious UEFA Cup.

If Paatelainen's side can negotiate their way through two ties, they'd be in the final qualifying round of the UEFA Cup with a chance of advancing to the lucrative group stage which, with the prospect of television exposure, would undoubtedly prove highly attractive to a potential sponsor.

Sinn Fein should be the sponsor!<br /><br />Now that would be class!