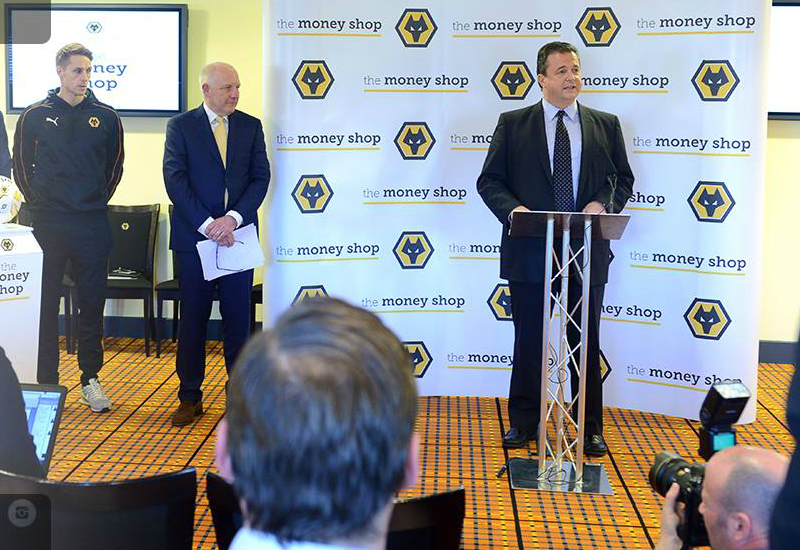 The Money Shop, a provider of consumer finance is to become the new main club sponsor of Wolverhampton Wanderers Football Club (Wolves) from the beginning of season 2016/17.‎

As part of this significant commercial agreement, The Money Shop’s brand will appear on Wolves’ first team and under-21s’ home and away shirts and on all technical training kit as well.

The partnership between the two organisations will last for a minimum of three years.

The Money Shop / Wolves partnership began seven years ago when The Money Shop became sponsor of the Sir Jack Hayward Stand and this stand-branding will remain as part of the much larger sponsorship deal.

The Money Shop have also agreed that their branding will predominantly appear in black on Wolves’ first team home shirts – to best fit with the club’s iconic 'old gold and black' colours - and will be working with Wolves to launch a special initiative, which will give one lucky Wolves fan the opportunity to reveal the official newly designed PUMA home shirt for season 2016/17.

The social media equivalent of ‘pass the parcel’- supporters will electronically unwrap a layer, revealing a retro Wolves kit and potentially a spot prize.

There will be different layers with Wolves kits down the years, however, the winning – and final - layer will reveal the new 2016/17 Wolves home kit.