Storied Spanish brand Meyba have made a welcome return to top level kit manufacture with the new FC Twente Home and Away kit designs.

The shirts - produced using “ECOAgua” technology to avoid water wastage - have a similar design with a neat v-style neckline and the famous Meyba sleeve taping (most notably carried by FC Barcelona) present and correct, albeit in tonal form on the Home example. 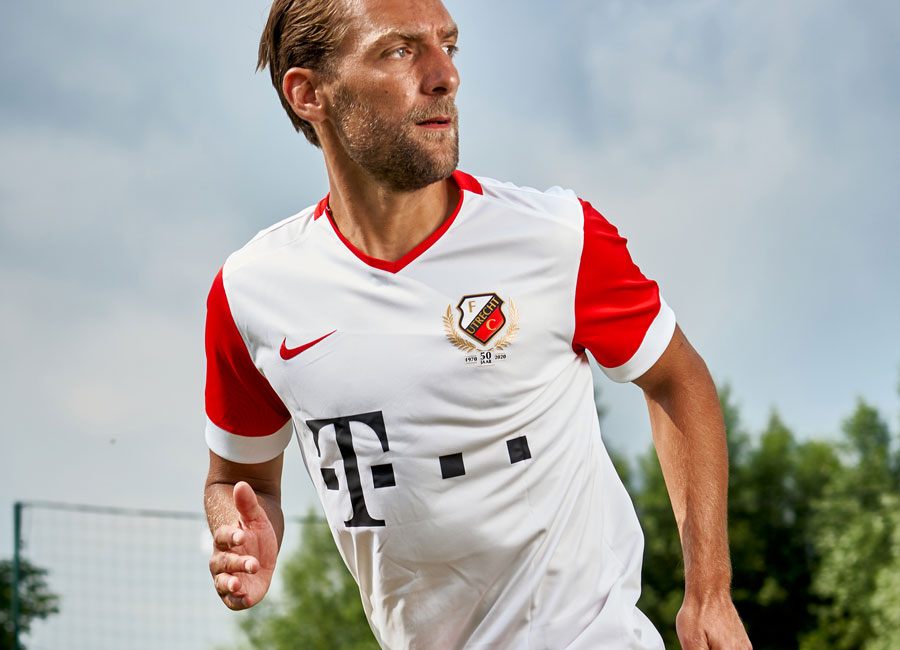 FC Utrecht of the Dutch Eredivisie have released their new Home kit for the 2020-21 season by Nike.

The white torso’d shirt has red sleeves with white contrast cuffs and is being marketed as a reference to the first design the club wore, in 1970. The Nike Swoosh is in red while the new primary sponsor, T-Mobile, has its branding displayed in black, and the crest - commemorating the club’s 50th anniversary - is in full-colour. 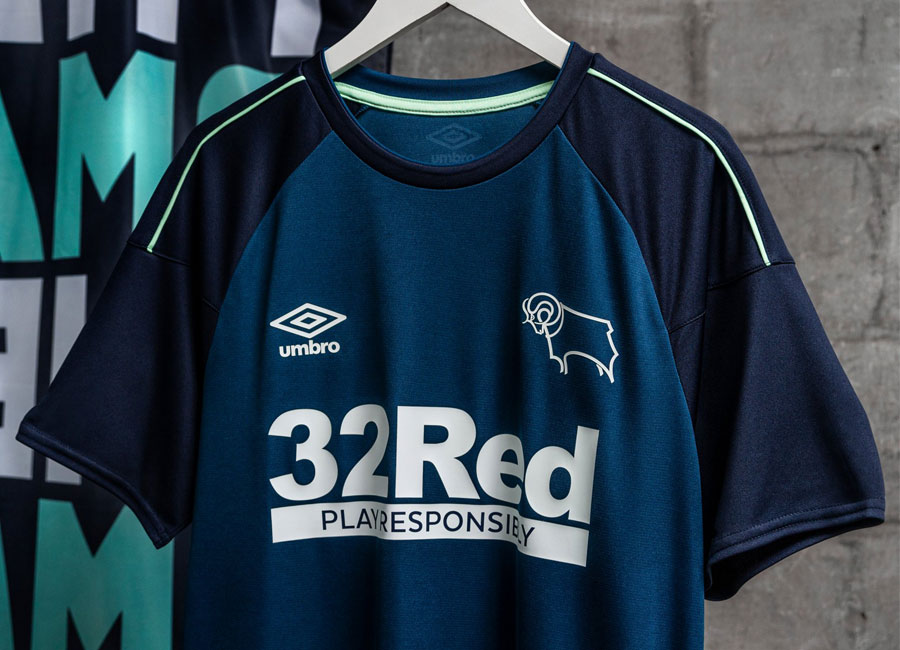 The shirt has an Opal Blue pique body, peacoat dark blue sleeves with Ice Green tipping to the front shoulders. Features of the shirt include a stylised two colour round neckline, raised rubber effect crest, stacked diamond, dropped back hem and official licensed label to the side seam.

Borussia Dortmund of the German Bundesliga have revealed and launched their new 2020-21 season Home kit by Puma.

The shirt has a contrast animal stripe or tearing effect in black on the front of the standard yellow torso. A quirk caused by this is that the embroidered Puma logo is positioned on a section of this random patterning and appears in yellow, on the opposite side to the full-colour crest. New sponsor 1&1 has adapted its colours from blue and white - the colours of BVB’s rivals, Schalke - to appear in monochrome. 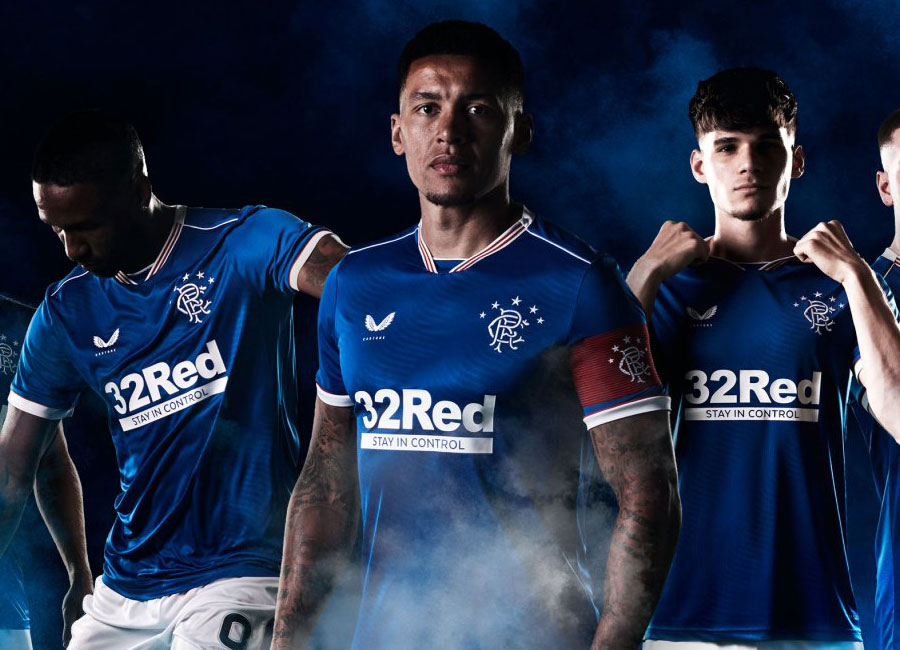 Rangers Football Club unveiled the 2020/21 Home kit made by Castore.

Inspired by the iconic Rangers jerseys of the past – which have been worn by so many illustrious captains as they have lifted countless trophies, the jersey celebrates this history while adding modern performance features demonstrating the best of Castore’s technical engineering expertise.

PSV Eindhoven revealed the new Home kit to be worn by the men’s, women’s, youth teams and Esports teams in their respective competitions for the 2020/21 season. The new PUMA kit celebrates the beginning of the partnership with PSV and the 100-year anniversary of the city of Eindhoven.

Eindhoven is a city of thinkers, daredevils and makers; it is a city of innovation. It’s filled with creative minds working together in unity to shape the future. Eindhoven is built on a foundation of collaboration, which is embodied by the PSV Eindhoven mantra ‘Eendracht maakt macht’ (United we stand).

Chelsea FC revealed the new 2020-21 home kit which blends the latest in athletic innovation with the finesse of fine London tailoring.

Just as Chelsea is woven into the fabric of London life, the city’s rich fashion heritage is woven into the new shirts, the traditional blue elevated by a subtle all-over herringbone knit and garnished with bespoke flourishes. 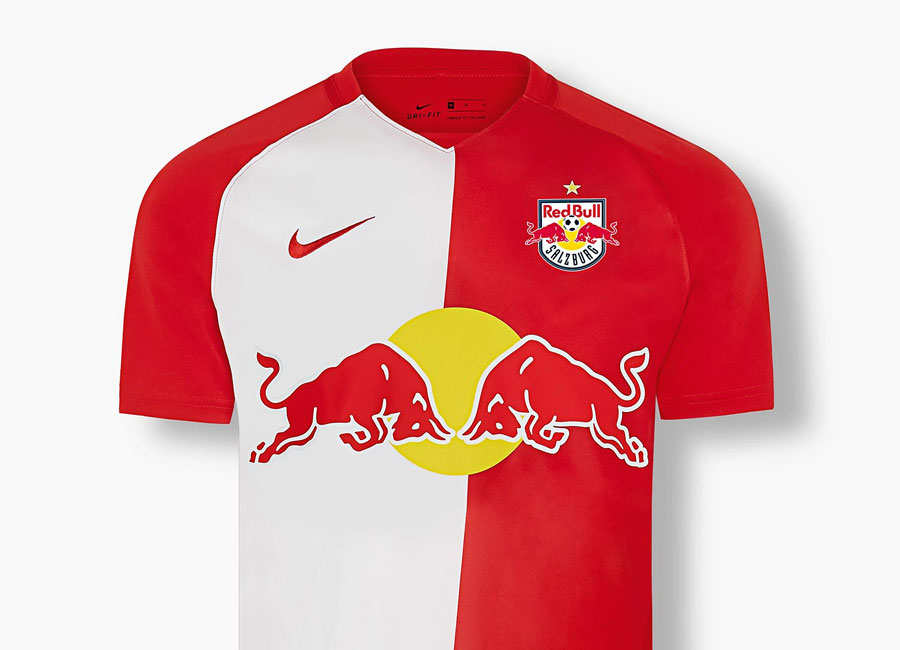 The predominantly red shirt with Dri-FIT and Vaporknit technology has a twist on traditional halves (red and white, in this case) on the torso, with a likely kink behind the sizable full-colour logo of the energy drink brand - in-keeping with Nike’s recent “lightning bolt” stylings. The staggered slant effect to the split means the contrast points are off-centre on both the collar at the top and the hem at the bottom.

As the Club head into the 40th season celebration of the famous 1980/81 triumph in the UEFA Cup, Blues have worked alongside technical kit partner adidas to develop a shirt with more than a nod of recognition to Sir Bobby Robson’s successful team. 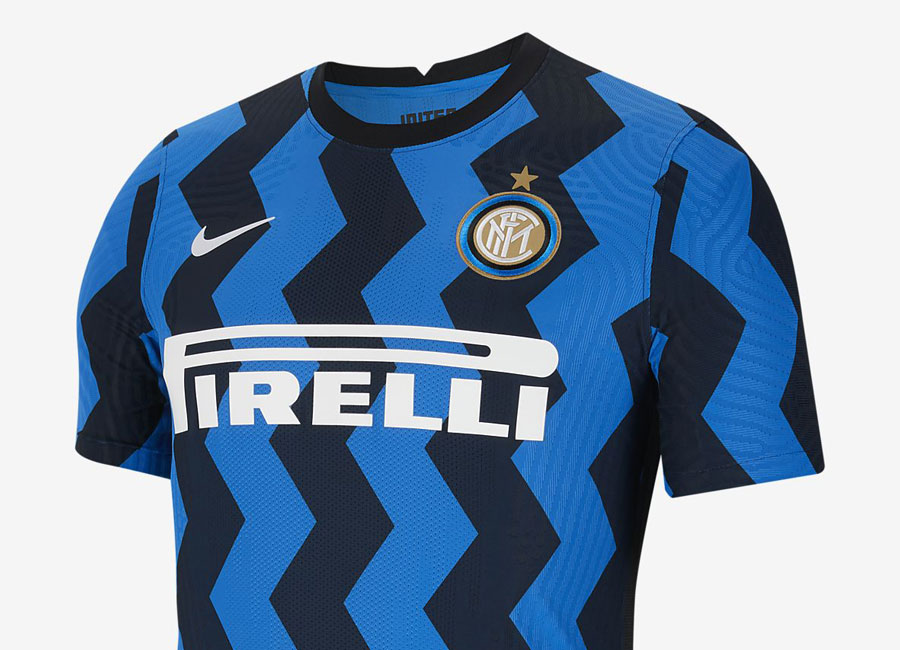 Inspired by the pioneering work of Milanese designers in the 1980s, Inter’s new home kit celebrates the city through a striking aesthetic that symbolizes the shared identity of the club and the people it represents.