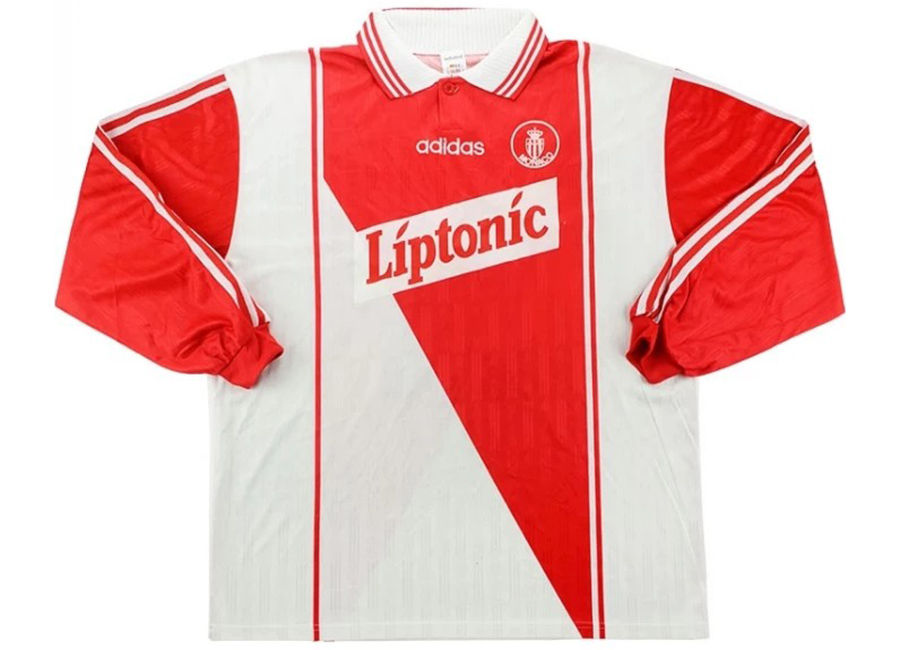 Monaco 1996-97 player shirt by Adidas believed to have been issued to Grassi for the UEFA Cup Quarter Final 1st leg played at St James' Park on the 4th March 1997.

The visitors secured an important 1-0 victory on Tyneside thanks to a 59th minute goal by Brazilian scoring sensation Sonny Anderson. Grassi was an unused substitute on the night and again a fortnight later when Monaco cruised through to the Semi's with a 3-0 triumph.

VISIT HERE AND USE CODE: FSC10 AT CHECKOUT BUY THIS SHIRT WITH 10% DISCOUNT

The striker did feature 3 times in the competition this year though but Les Rouges et Blancs were beaten in the next round by Inter Milan. Grassi was the #11 in this his one and only season with the club for whom he made 20 appearances in total scoring 2 goals helping ASM to the Division 1 title domestically this year.