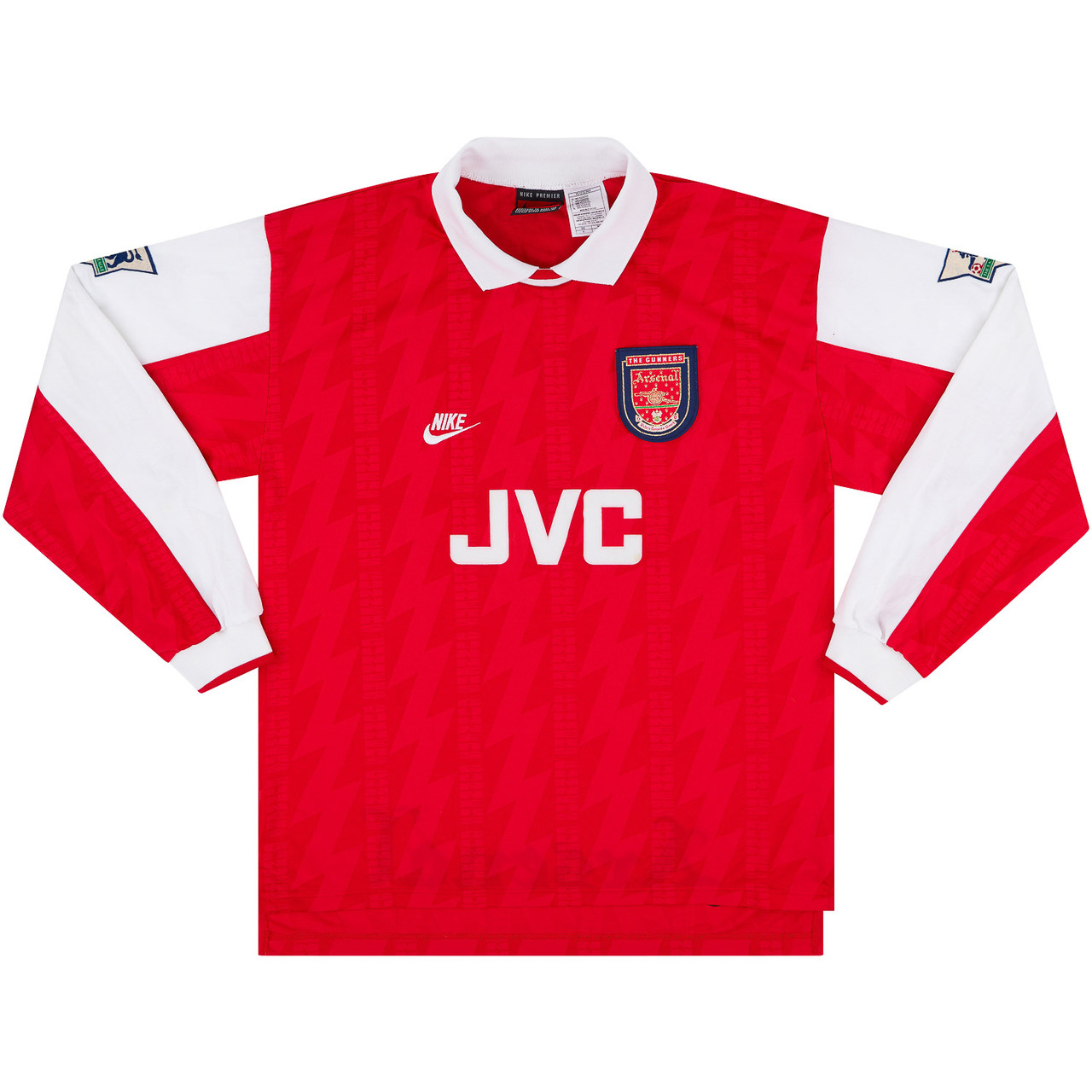 Arsenal 1995-96 player shirt by Nike believed to have been issued to Selley in the 1995-96 season. The striker had broken his leg against Leicester City in February 95' and this injury unfortunately kept him out for the entirety of this season as The Gunners climbed to a 5th placed Premier League finish under new boss Bruce Rioch.